RATS in the Chimney 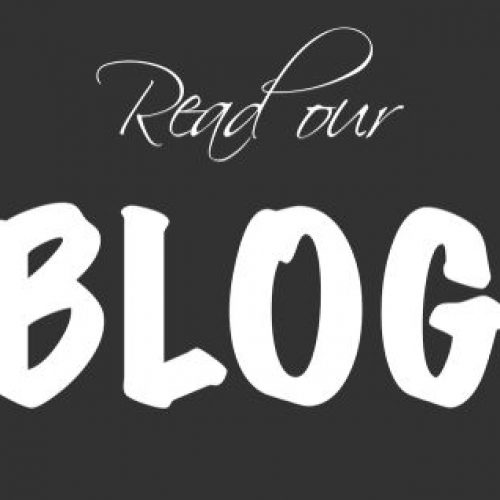 Last month, we received a call from a “Frantic”, Ms Homeowner.

Her husband had found a large, dead rat lying on the floor in their “almost” finished basement. It’s almost finished, because it is heated & cooled, has some carpet, a pool table, etc. But it doesn’t have a finished ceiling; the overhead floor joists are exposed. 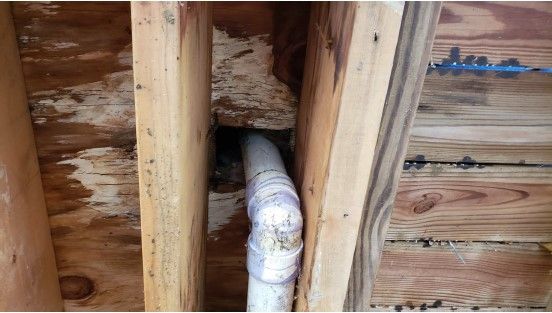 A few years ago we’d already upgraded the attic insulation and bonus room areas. Both parties (Bird & homeowner) had been meaning to schedule a few hours for airsealing measures, so now was the perfect time… “Call Bob Bird!”

Bob grabbed Chris Bird, and the two loaded up tools & materials, and arrived on a very chilly March morning.

Did I tell you that this family has an active maintenance contract with the Pest Control guy? Yep… over 5 years in running… but he’s only focused on bugs.

Had Chris & I not removed the plywood soffit from the bottom of the chimney, and pulled out the nasty fiberglass insulation, we would not have discovered this secret Rat Super Highway.

Anyway, you won’t believe what we found, after about 40 minutes of the Bird Boys excellent “on-site” time management.

That rat had found a way into the basement, by climbing through the chimney! 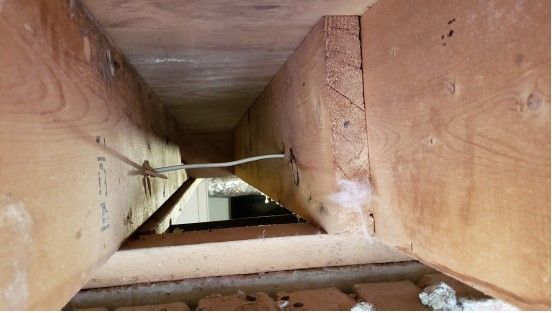 It entered the basement through one of two places: 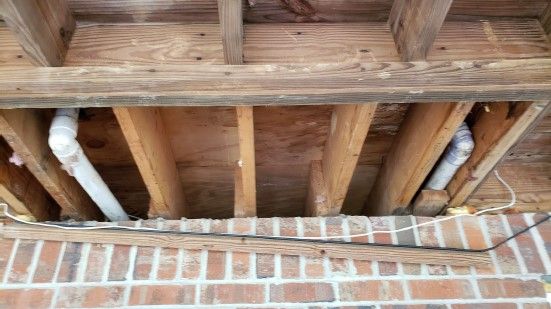 Had Chris & I not removed the plywood soffit from the bottom of the chimney, and pulled out the nasty fiberglass insulation, we would not have discovered this secret, hidden Rat Super Highway. Our competitors probably would turn this down…

Can you imagine how awful this would have become, without someone going the 2nd Mile to “get this right”? Had that Rat Scout gotten word back to the rat-pack… Oh My. 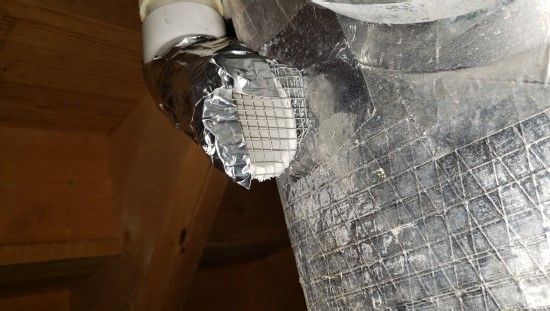 Using welded wire screen with Pest Block expanding foam, we sealed the joist bays and closed up the soffit. And for a temporary fix (until we return with the pvc materials to properly connect the fresh air intake to the furnace), we used wire screen to seal the intake pipe. After removing all fiberglass insulation remnants, and shop vacuuming the mess we made, Chris and I washed up. Had we have had a long extension ladder, we would have attached screen on the opposite end of that pipe. We’ll do that when we return to finish the fresh air intake pipe.

And… while on-site, we texted our pics to Mr Traveling Homeowner, to keep him informed.

90 Minutes: Job Done
And a really big “Thank You” to Ms Grateful Homeowner, because she fixed a sweet, hot, home-made bread breakfast snack for us! 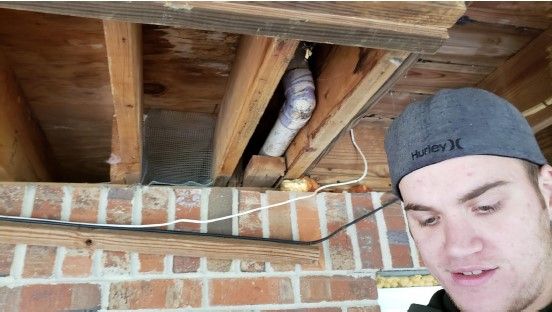 I get asked all the time …
“Bob, does airsealing my house help with blocking out insects and rodents?” “Now…”, as Paul Harvey would say, “ … you know the REST of the story!”

You can reach the Bird Family Insulation professions by calling Savannah Bird in the office, at 404-538-9168, or use the Contact Button on our website. Thanks for reading! 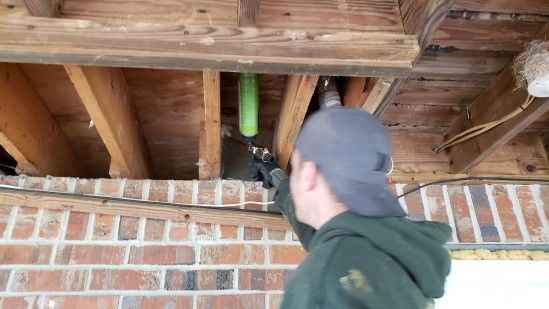 Previous PostDeciding What To Do About Your Insulation… It’s Almost Rocket Science
Next PostAre You Ready For Georgia’s Summer? 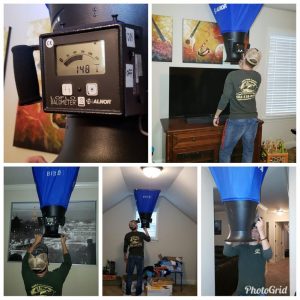 If you’re reading this, congratulate yourself! You’re one of the tiny minority of property owners (homeowners) who are interested 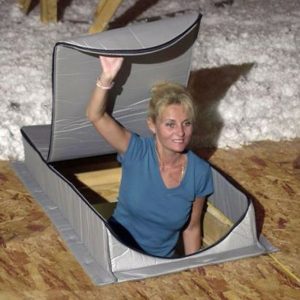 Is it Important to Insulate Your Pulldown Attic Ladder?

Get Your Instant Shade Tree Now!

IF you live in a house where the HVAC system is in your attic, and you’re not comfortable, here’s

Use our EZ esimate calculators to generate your estimate in an instant. Simply fill out your information, answer a few questions, and an email with an estimate will arrive in your inbox! Choose below between an attic insulation, bonus room insulation, or HVAC/Air Duct estimate and get started.