Replacing a Truck Taught Us a Lesson in Customer Service

It’s time to update our small fleet of trucks. Beau had been looking and shopping around for the right trucks at the right price for two months. Our budget was $30,000 for a used ¾-ton-class diesel in nice condition.

I had also been searching and calling around as well to help Beau in his search. Folks, I rarely shop for anything outside of our family business. My wife manages our household and all those purchases. So, to my surprise, while shopping I discovered that I’m spoiled.

When I shop, I have a small group of trusted sources I buy from almost exclusively. My mechanic, my tire store, my sub-contractors, my wholesale sources, everywhere I shop—seriously, EVERYWHERE—knows me because of a relationship that has developed. A relationship of mutual respect and trust. I’ve grown accustomed to expecting that. So, when I journeyed into the marketplace with intentions of spending $30,000 on a new truck, I expected to be treated with the same respect and dignity that I get from other businesses I buy from. I assumed it was just ordinary, regular customer service.

I was in for a surprise. I called three used car lots.

I also emailed several sellers who had posted ads for trucks on sites like Craigslist, Facebook Marketplace, and Autotrader, only to be ghosted. No reply at all.

Finally, one lot I called actually had the truck on the lot that was advertised on the internet. I made an appt for Beau and Chris to go check it out and buy it if they liked it. Beau called afterwards: “Dad, the truck wouldn’t start. When they got it started, I drove it and it had the ‘death wobble’!” I imagine if the ad for the truck had (accurately) said, “Stubborn to start, and shakes at highway speeds” we would have passed on it.

Beau found a different truck online that looked promising. He called, and the lot still had it for sale. After work, he & Chris drove all the way across Atlanta to see it. What they found was anything but the truck on the internet. Classic bait-and-switch. They were completely lied to.

After raising our budget to $40,000, things improved, but not much. One dealer I called told me they didn’t have the truck I had seen in their advertisement. Then, for the next three days, I still continued to receive ads for that same truck that no longer existed. The dealer refused to stop them or pull them down.

How do these businesses continue to operate with advertising that borders on outright lying and truly awful customer service?

Finally, this past week, Beau found another truck online. He called, and for the first time the communication is prompt and professional.

“Does the truck look exactly like the truck in the pictures I’m seeing?”

“Yes sir, Beau. In fact, it looks even better in person! Why don’t you come take a look at it? But, before you drive to Marietta, let me give you the background on this truck. Let’s make sure this truck is a match for your needs. No sense in you wasting a trip…”

Terry, the salesman who worked with Beau, took all the time in the world. He answered Beau’s questions, asked him open-ended questions regarding his intentions, and worked with him to try and understand if this vehicle would be the right fit for what he needed. If it wasn’t going to be the right truck, then Terry could have saved Beau a significant drive, a good chunk of gas, and even more frustration.

They were actually having a two-way conversation! And there was respect and honor being given between both parties. Imagine that!

I got a phone call after Beau had made it to the dealer. “Dad, I found our truck! It’s a little more than we planned to spend, but it’s what we want.”

Why did we spend more than we planned? It’s simple: customer service. We went from getting bare-minimum customer service to receiving the five-star treatment. It’s about value. Terry and the dealer he worked for made it a priority to give us an experience that enhanced the value of what we received.

When Beau returned the next day to pick up the truck, he heard these words:

“Beau, as a courtesy, I had our detail guy go over your truck again today.”

Here was a salesperson who understands that treating the buyer with respect and going the extra mile for them will always bring rich reward—to both parties! We have a truck that we’re proud of, and have gained a new friend. Terry got the price he was asking, and probably another sale next year when we need to update another truck. Both sides come out on top.

I sincerely apologize to everyone who has contacted Bird Family Insulation and found it difficult to do business with us. After this experience, I am committed, even more to giving every caller and every online contact the respect and dignity that you deserve.

Our trials brought the revelation that we needed more money if we were expecting a different experience. When spending this kind of money, the experience is important! You can find cheap contractors, but you will get what you pay for.

We thought our $30,000 budget would buy us the truck we needed, but we were mistaken. Our budget at the time would only buy from a class of trucks we didn’t want. We didn’t know that until this experience.

Do you want a relationship of honor, respect, truth, dignity, punctuality and extra-mile customer service with your contractor? You may need to raise your budget, and don’t give up!

Call Bird Family Insulation at (404) 666-8160 today to schedule a consultation for your insulation service needs. 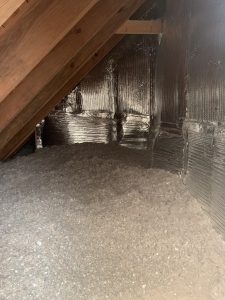 A kneewall is a wall that is finished on one side (sheetrock & paint) that faces conditioned space, while 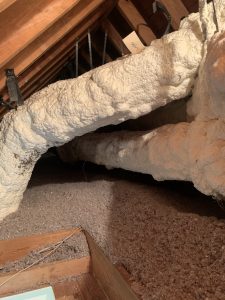 How Can I Get YETI Performance From My Air Ducts?

In the twenty years I’ve been upgrading insulation for homeowners all over Atlanta and North GA, I’ve had this 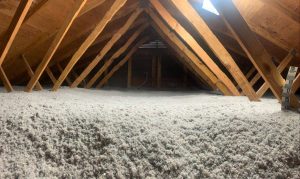 Are you wondering how much it costs to install cellulose attic insulation?

In 1998 I added a few inches of cellulose insulation to my anemic 1976-era fiberglass attic insulation. The old,

Use our EZ esimate calculators to generate your estimate in an instant. Simply fill out your information, answer a few questions, and an email with an estimate will arrive in your inbox! Choose below between an attic insulation or crawlspace insulation estimate and get started.